Gamifying the Core of your Product

Last week I wrote about the fact that you don't really need to use game elements in gamification at all, you can instead focus on interaction.

For smaller scale operations the interaction part isn't so much of a challenge - smaller companies are often closer to their customers. But if you want to do more, and your budget is tight (which it always is) you much make sure that any gamification couples well with their own ambitions. 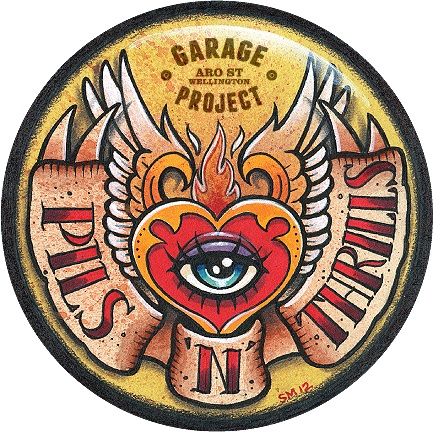 Down the road from where I live there is a brewery, called the Garage Project, which is a fine and good thing.

It was established a couple of years ago by Pete Gillespie and Jos Ruffell, with help from Pete’s brother, Ian Gillespie.

They began with not much of anything really, and despite the fact that setting up brewery is surely always a good idea, it’s still not a product that sells itself!

When the Garage Project opened a couple of years ago they needed a way to get some attention. Both Jos and Ian have worked in the video games business, which means that they must have known straight away that the plan they cooked up to get some attention had a good chance of success.

Humans have a very strong collecting instinct. Many of us like to accumulate stuff. Digital media has been a godsend for me because it means I can hoard music and games without having physical media clogging up my life.

Coupled with this is our need to categorise, so we get folk with collections of teapots or erasers or things with cats on. Further tied to this is a sense of adventure, because you have to hunt these suckers down, even if you're an ambient searcher, not going out of your way to find things, there’s still a part of your brain, always looking, wherever you go.

There’s only one problem with these things in real life – it’s rarely possible to complete the collection. Many collections have no end, although some do, and these can often be the most expensive - a complete set of Star Wars figures, first editions of the works of Beatrix Potter, every Ferrari.

Games allow you to collect, and collect ‘em all. In fact you gotta. It might take you a while, but it can be done. (Don’t talk to me about completely open ended experiences like World Of Warcraft, I’m not listening, la la la la la la!)

And this beautiful model of collecting completion is what the Garage Project took and brought to beer. In the first 24 weeks of their existence they launched a new beer each week. Over 24 weeks they released 24 beers and called it 24/24 .

They started with a 50 litre brew kit, because that’s all they could afford, so large scale production wasn't possible anyway. But they turned this to their advantage.

Few managed to sample all 24 beers, but that didn't stop folk trying, and it garnered the right kind of publicity. It also acted as a way to get feedback on each beer, via special beer mats, and help them decide what to make more of in the future. So customers weren't just getting feathers in their caps they felt like key players in the future of the brewery.

Importantly the game wasn't a distraction from the core business of the brewery, instead it had value to them. The Garage Project continues to create a wide variety of beers, making drinking in Wellington more exciting, I like to call it adventure drinking.

And no, I didn’t get to try all 24 beers, but tracking down re-brews and beers I haven’t had now makes my drinking a noble pursuit!